Last week, Johnson & Johnson’s video ad for Motrin caused a lot of uproar in the media. There were a few moms, dads and media upset with this ad and voiced their opinions on blogs, twitter and other social media. But there were also many who voiced their opinion on the social media and said they did not see any issue with the ad. It was amazing to see how the negative voice of few people carried such a huge weight (as it does most of the time) that Motrin was forced to remove the ad and post an apology on the home page of Motrin.com.

So should we say that this ad was a failure? It sure does seem like it, doesn’t it?
However, in my opinion, there are several ways to look at it. Let’s look at various KPIs and see if the Motrin ad was a success or failure. 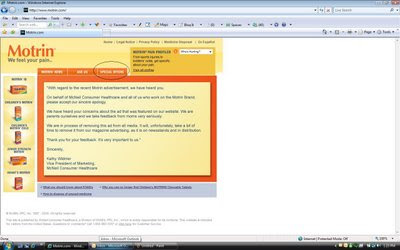 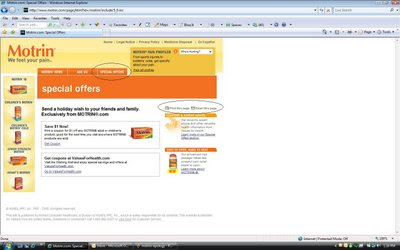 In the future when Motrin comes up with a new ad they’re automatically going to get some additional coverage. I think that also makes the Baby Wearing ad a success. Free publicity; what more can you ask for?

So what do you think was it a success or a failure?

5 Replies to “Was Motrin’s Baby Wearing Ad a Failure?”