Skip to content
by Anil BatraPosted onAugust 11, 2009
About two months ago I got involved in developing a URL shortener called Clop.in. This service was inspired by the Twitter Google Analytics URL Builder that I had on my site.

Since then few people have asked me about the URL Shortner and the benefit of using them. This blog post is to answer those two questions.

What is a URL Shortener

Why do you need a URL Shortener

There are several reasons why you might want to use a URL shortener, some of which are:

There are over 100 URL shorteners today. Mashable has a list of several of the URL shorteners (Note: This list is old and does not list several newcomers such as http://clop.in)

The two most common URL shorteners are http://bit.ly/ and http://tinyurl.com/. My personal favorite is http://ukliq.me/.

clop.in make it easy for you to append campaign tracking variables within the shortened urls. It also provides a dashboard which shows the total clicks by date, referrers, twitter mentions (delayed by 30 mins) and geo locations of the clicks. Now clop.in also allows you to have your own domain for the short URLs. 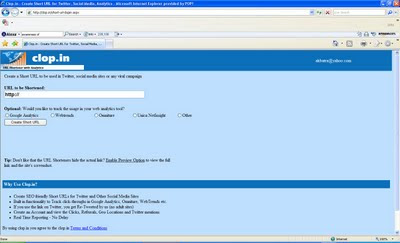 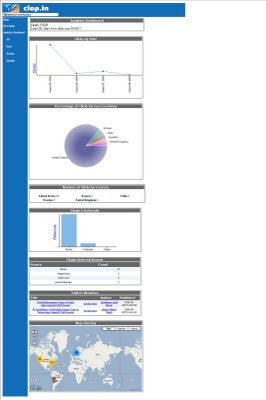 2 Replies to “URL Shortener: What and Why”