This week Google Adwords announced that it is rolling out a feature called “Remarketing”. This feature is essentially “Retargeting” which I described in my blog post Retargeting 101

How does it work?

You visit a site, look at some products, maybe add some of the products to the shopping cart but then decide not to buy them because you need some more time to think about it. You close your browser and are done with that site. Few minutes later you go back to your computer and browse to another site, say a news site. As the page of that site loads so does an Ad that is from the site that you visited yesterday (where you looked at some products but did not buy). For Google Remarketing to work, the news site will need to be a part of Google content network.

So far Google used to show Adsense ads based on the content of the page but now it will start showing ads that match the interest of the person viewing the page (as identified by a cookie and retargeted by a marketer).

Neel visited Netflix. He looked at the site but decided that he is not going to become a member at that time. He went back to his work and completely forgot about Netflix, maybe because he got a movie from Redbox.

Few minutes later he gets back on his computer and browses to a site to read about Indian Food Recipe. This site happens to be a part of Google content network. Even though the content that Neel is reading has nothing to do with the movies, Google’s remarketing shows him a Netflix ad. 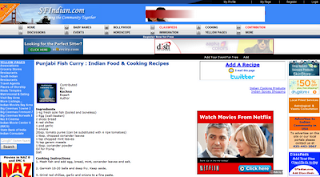 What is happening behind the scene?

Note: This is a hypothetical example and I am not sure if Netflix is really participating in the Google Adwords Remarketing.

Netflix, which participates (let’s assume) in Google Adwords decides to remarket to people who had visited Netflix in past but did not sign up for the service. Netflix decides to use Google Adwords new “Remarketing” feature for this remarketing.

Netflix sets up a remarketing campaign in Google Adwords. Netflix puts a JavaScript from Google Adwords on its pages to identify those people (audience) whom it wants to remarket i.e. people who came to the site but did not sign up for the service. This JavaScript lets Google know which cookies belong to the audience segment that Netflix wants to target. When Google comes across a person (cookie), who belongs to the audience segment that Netflix wants to remarket, on its content network, it will show them a Netflix ad (remarketing ad) instead of an ad that matches the content of the page the person is on.

In 2007, I speculated that Google will roll out something along these lines. I highly encourage you to read the following blog post as I think there is more to come from Google on Remarketing and Behavioral Targeting.

And some more Google related posts: All about Google