Skip to content
by Anil BatraPosted onMarch 14, 2019May 21, 2019
Continuing my series on Creating a Culture of Analytics I would like to touch on a very critical aspect of creating a culture of Web Analytics and that is Context.

According to Princeton.edu context is

Context takes the ambiguity out of the equation. As an Analyst it is very important that you provide full context when reporting your web analytics data. Context gets everybody on the same page. Do not leave anything for interpretation by the end users of your reports, give them the insights in a simple and easy to understand format.

Let’s look at an example to understand critical context is. 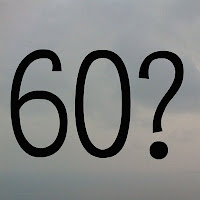 Some other question that might pop in people’s mind are:

Just saying that Visits are down by 10% from last week is not enough. You have to put that 10% decline in full context. Tell your end users what happened and why they should or should not worry.

So add something like : Visits are down 10% from last week and also 10% lower compared to the same time last year. Prior to this week we saw a 10% year over year growth but last week was abnormally down. Isn’t that getting better now?

You should go even further: Last year we got some free advertising from local newspaper sites that drove 20% additional traffic same time last year. Since we did not have the advertising deal this year, it impacted our visits this year. We noted the potential impact of newspaper site advertising in our last year’s annual recap (here is the link to last year report – people forget so remind them). If we take out the impact of spike from newspaper sites then we have a consistent pattern of 10% year over year increase. As noted in last few reports, that increase is due to our social media efforts this year. Now the picture is much clearer. Of course you should look into the full impact e.g. conversion, bounces, sales etc. (Note: How you present this story will depend on what format you chose to present your report)

Now everybody is on the same page and knows exactly what those numbers mean. Without that context, everybody would have had their own interpretations of the data. Misinterpretations lead to wrong action and/or mistrust in the data and the analytics team.

Do not provide any reports without providing full context. Keep in mind that most of the canned and automatic reports do more harm than good because they do not provide context.

Other posts in the series

Note: This post was originally posted on March 4th, 2011 but it is still very relevant.

One Reply to “Context is Critical: Creating a Culture of Web Analytics”