Do you know what the best time to tweet is? Recently a client asked me this question and I am sure there are a lot of you wondering the same thing. When you tweet you want to make sure it reaches a lot of people (can I say that you want to get the biggest chirp for the tweet?). 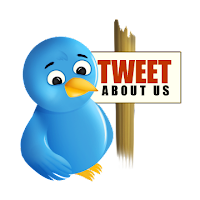 What does this all means? When should you tweet?

Based on this information I suggest the following

If tweeting at particular time is an issue then keep track of the day/time you tweet and see if there is a pattern. This experiment should help you determine the best time to tweet for you. You might also be interested in: